“Walk Yourself Into the Divine”

The very idea behind a pilgrimage is fundamentally to subdue the sense of who you think you are. A trek or a mountaineering feat could create a sense of achievement, of making you feel bigger, more powerful. But the idea of a pilgrimage is to subdue your limited identify. It is to become less of a separate identity and more of a life, in the process of walking, climbing and subjecting yourself to various arduous processes of nature. These places of pilgrimage in the ancient past were always located in such places where a person has to go through a certain amount of physical, mental, and every kind of hardship to get there; so that in the process he becomes less than who he thinks he is right now. Today things have been made much comfortable. We are flying up, driving down and then just walking a little bit…

Today, physically, we are much weaker human beings than what we used to be a thousand years ago. It is not an evolutionary thing; it is something social which has happened to us because somewhere we do not know how to make use of the comforts and conveniences that man’s ingenuity has brought into our lives. We have not used the comforts and conveniences of human ingenuity in the direction of our wellbeing. We have used them to make ourselves weaker, more difficult with ourselves and with our surroundings. So the fundamental idea of a pilgrimage has become much more relevant to modern societies than it was to the ancient ones. This pilgrimage, in terms of the destination, is probably the greatest that one can make. 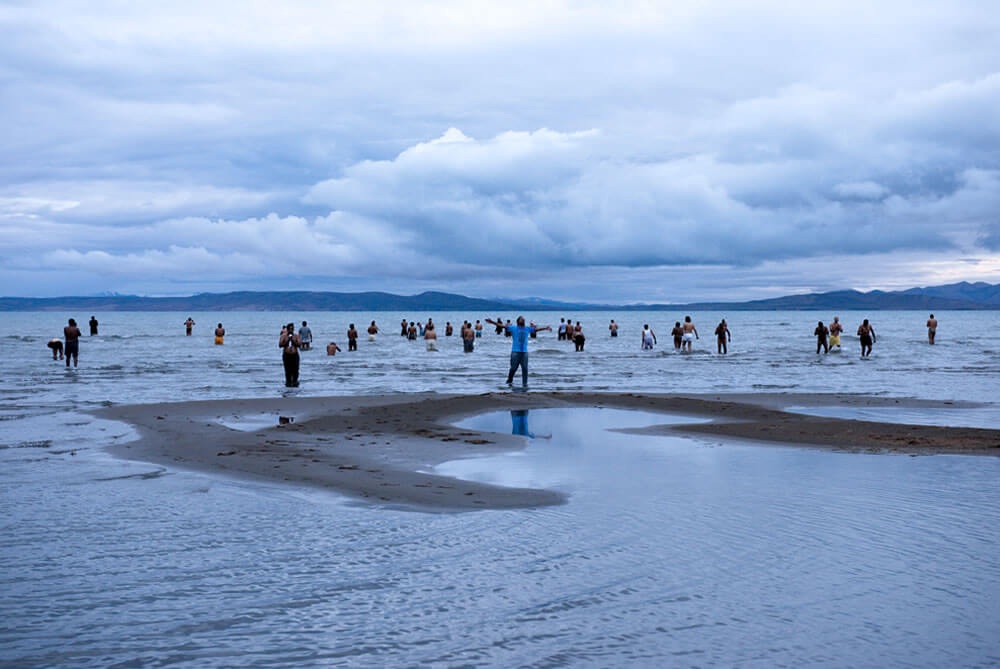 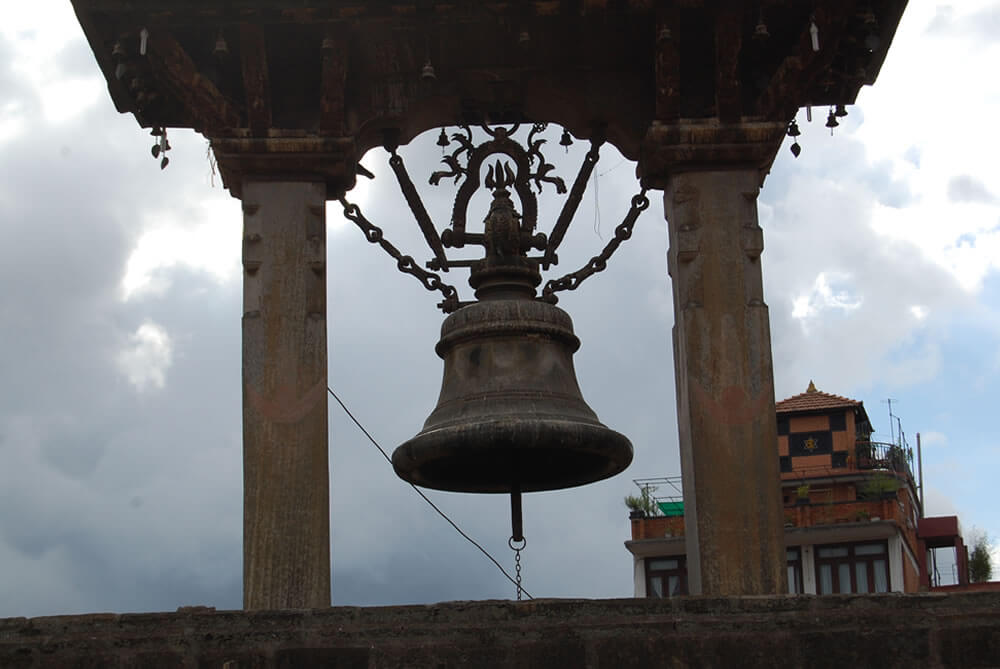 I am not in an inner state where I need to go on any pilgrimage, but still, this pilgrimage to Manasarovar and Kailash has been absolutely astounding for me in terms of experience. I never expected it to be this way, because I am made in such a way that I am not surprised by anything. I have seen enough. A few lifetimes of memories still being with me, I am not the kind who is easily surprised by anything; but these last 15 days, have been…not really a surprise, but quite mind boggling in my experience. I hope that in some way it has touched you and enhanced your life. I have been through so much of life that nothing really surprises me, that is how I am. It doesn’t matter what I see; because I have seen the strangest of the strange, the weirdest of the weird. Things that you cannot believe have been a daily reality for me. Things which are like fairy tales to people have been a living thing for me all the time. But this Manasarovar was well beyond anything I have seen till now.

Geologically, Manasarovar is a piece of the ancient Thetis Sea, out of which almost all the civilizations of the world came. Because of these continental plates going into each other, what was at sea level has now risen to some 15,000 feet above the sea level. This is just one piece of the Thetis; the other two pieces recognized as Thetis are the Caspian Sea and the Aral Sea. There is a very different kind of activity happening here. Things that you would not believe possible.

I still cannot come to logical terms with it, but it was a living reality for us for those 48 hours. We did many experiments and out of 160 people who came, at least 50 to 60% of them definitely, clearly experienced some part of what was happening there. Why this is happening is absolutely indescribable and logically indecipherable, but one thing I can clearly see is that this has been happening for a very long time. When I say a long time, I am saying it must have been happening for millions of years. Such a phenomena happening on the planet definitely cannot go without influencing human consciousness. 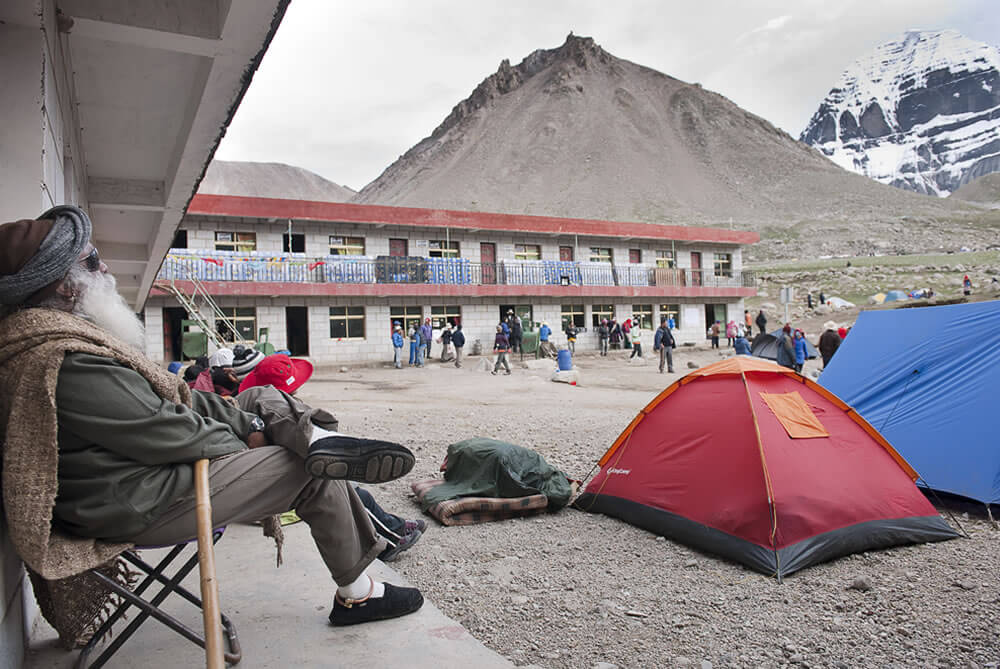 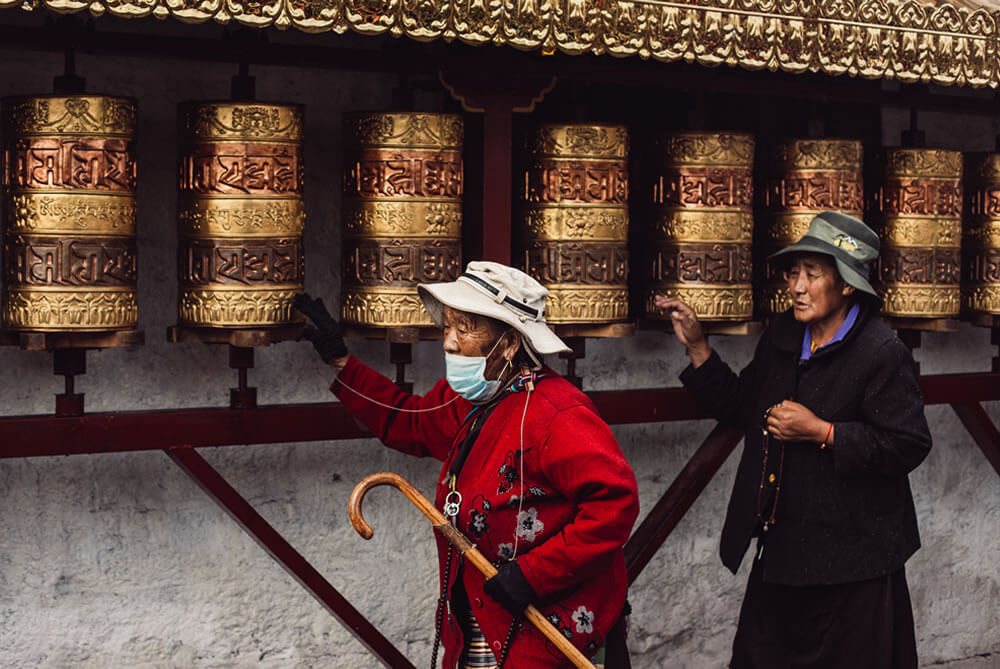 Mount Kailash – that is something we understand. I know the science of it, I know why Kailash happens the way it happens. I see Kailash as a tremendous spiritual library that has been available for the last few thousand years, generally people say 10,000 to 12,000 years; it could be much more than that. As you know, in the Hindu way of life people have been saying Kailash is the Abode of Shiva. When we say it is the Abode of Shiva, it does not mean that he is still sitting up there, dancing, or hiding in the snow. What it means is that when a person realizes himself and his perception goes beyond what is normal perception, what he has perceived cannot always be transmitted to people around him; only a small part of it can be transmitted.

It is very rare for any Master to find people he can transmit all of himself to. Most of the Masters go without ever being able to transmit what they really want to transmit. I would say even in my life, what I can do in terms of imparting and what I am doing is just 2 % of what I am. If I can increase it by one percentage point before I fall dead that would be a great achievement. So where do you leave all this? You do not want this to go lost.

That is why, for thousands of years, realized beings always travelled to Kailash and deposited their knowledge in a certain energy form. They used this mountain as a basis and created this. It is because of this that it is said – the Buddhists say three of their main Buddhas: Manjushree, Avalokiteshwara, and Sandhyapani, lived there in the mountain. The Jains say Rishabh lives there in the mountain, Hindus say Shiva lives there. South Indian mysticism always says that their greatest yogi, Agasthya Muni, one of the seven direct disciples of Shiva who are known as the Sapta Rishis, who is the basis of South Indian mysticism, lives there in the southern face of Kailash.

What it means is not that they are actually living there, but they deposited all their work there. They could not transmit it into the people, because a variety of social situations do not permit you to do that. All the 63 Nayanmars from South India, the 63 major saints from South India, including one of the woman saints, came, because they never had the opportunity to transmit their perception to the people around them. Social realities never allowed it. So it is a treasure house of knowledge.

In terms of inner dimensions, anything that you ever want to know is Kailash. If you know how to perceive it and decipher it, everything that you ever want to know about yourself, your existence and your liberation is all there. Every form of it, every tradition has deposited this knowledge there and it is very much available. If one is willing to raise one’s perception to sufficient clarity, it is distinctly visible. So Kailash is something we understand and we know how it is done. Manasarovar is something outlandish, totally outlandish.